These are a few of the books that I used regularly in my classroom to inspire my students to think of themselves as writers, to find their voice, and to believe that they were full of amazing stories, waiting to be told.

The Mysteries of Harris Burdick

I first discovered this book in high school, while working at an independent children’s bookstore in De Pere, WI. I bought it for myself back then, and used it as a teacher in the many years that followed.

Inside these mysterious pages, readers find fourteen black-and-white drawings, each accompanied by a title and a caption, which entice readers to make up his or her own story.

This was one of my favorite books to read to my elementary students at the start of the school year.

Nothing ever happens to Ralph. So every day when it’s time to write stories, Ralph thinks really hard. He stares at his paper. He stares at the ceiling. But he has no stories! With the help of his classmates, Ralph realizes that a great story can be about something very little . . . and that maybe he really does have some stories to tell.

It’s a wonderful inspiration for hesitant writers, and blends just enough humor and whimsy with the important lesson that we all have stories inside us.

Drawing is what Ramon does. It’s what makes him happy. But in one split second, all that changes. A single reckless remark by Ramon’s older brother, Leon, turns Ramon’s carefree sketches into joyless struggles. Luckily for Ramon, though, his little sister, Marisol, sees the world differently. She opens his eyes to something a lot more valuable than getting things just “right.” Combining the spareness of fable with the potency of parable, Peter Reynolds shines a bright beam of light on the need to kindle and tend our creative flames with care.

I used this story to support the idea that the work we do does not need to be perfect to be valuable. And that it is better to create an ‘ish’ something than to create nothing at all.

Signed Copies Available if Requested At: 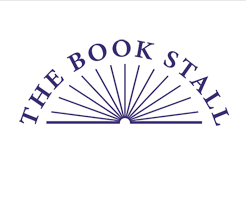 Repost from @gretakkelly
Took a stroll through a walled English garden today, complete with crawling ivy. Can’t help but think Lottie from my magical Secret Garden retelling would love it here 🌸
UPDATE May 8: Many congrats to Texas teacher Amanda King for winning this giveaway! I DMd you via Twitter.☺️Stay tuned for more giveaways in the weeks and months to come!
Repost from @jsvilinsky
Repost from @julianalbrandt
Spending a bit of time with @BHBKenosha today to celebrate #IndependentBookstoreDay. So thankful for how supportive they’ve been of my debut! #thecircusofstolendreams